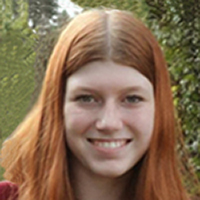 "I was surprised and happy when Oberlin and Bates unwaitlisted me, but part of me wished they hadn't so I didn't have to make my college choice all over again!"

I was waitlisted or denied from my top choices, so deciding which college to attend was hard. It wasn’t until the last day of April that I finally made my choice. But even then, my decision wasn’t over.

I am a quiet person, and I thought I wouldn’t be able to make myself heard or get to know professors at a large university. So I looked at small- to medium-sized liberal arts colleges. My first choice was Carleton, followed closely by Bates. I loved their tightknit communities, rigorous academics, and friendly-but-hard-working students. I also loved the quirky traditions at these schools, like the Puddle Jump at Bates, in which students jump into a lake in winter.

When I got in at Kenyon, which was a reach school, I was happy. I had no intention of attending (I thought it might be too preppy and in too small a town), but I thought the acceptance might mean I would get in  at Carleton (another reach). But I was wrong. Carleton and Bates both waitlisted me, and I was denied at my other favorites: Tufts and Brown.

Kenyon sends a message, and gets a second chance

My decision came down to University of Rochester and Dickinson, which had offered me great merit aid packages. I revisited both campuses and was leaning toward Dickinson when something came in the mail from Kenyon. It was the book “This is Water” by David Foster Wallace, and an invitation to visit campus. Now Kenyon was intriguing. I felt like the book was sending me a message: I hadn’t given Kenyon a proper chance. I researched it more online and found many things I liked, including its top English department and beautiful campus. I went for a visit, and it had everything I wanted, even its own fun traditions. But I still wasn’t sure. Dickinson was offering me merit aid whereas Kenyon wasn’t.

It took me until midnight on the last day of April before I made my decision. I felt I should choose Dickinson because of the merit aid. But when my parents advised me to choose the school where I would thrive and be happiest, I knew that school was Kenyon. At last, I had made my choice. Or so I thought.

Three days later, Oberlin accepted me off its waitlist -- with gift aid! Now I wondered if perhaps Oberlin was the better school for me. But I hadn’t even visited Oberlin, and I worried I wouldn’t fit in with the students. I declined Oberlin’s offer with no regrets. Then, two months later I was accepted to Bates! This decision was much harder. Bates had been a top choice, and I was so disappointed when I was waitlisted. I had let it go when I discovered Kenyon, but now all the things I loved about it came back to me. I needed to choose quickly because I was leaving for vacation the next day.

I didn’t know what to do. My mom wanted me to accept Bates’ offer, but I really liked Kenyon and had gotten used to the idea of going there. I didn’t tell anyone outside my family about getting unwaitlisted because I wanted to make the decision on my own. I thought about what I liked about each school, which was mostly the things they had in common: academics, students, traditions, and atmosphere. So I compared them on smaller differences like distance from home (Bates was closer by three hours) and courses offered (Bates had a short, month-long term at the end of the year, so students can take a class just for fun). This helped me immensely to make my decision. I chose Bates.

At first, I felt like I hadn’t succeeded because I didn’t get into any of my top choices. Even though I was waitlisted at Carleton and Bates, I thought it was unlikely that I’d be accepted off their waitlists. I still wrote to each of them, expressing my interest and that I would definitely attend if admitted. Of course, I was surprised and happy when Oberlin and Bates unwaitlisted me. But because I’m an indecisive person, a little part of me wished they hadn’t so I didn’t have to make my college choice all over again!

I’m glad I gave myself options by choosing a mix of reaches, safeties, and good bets. But I should have applied to fewer colleges. I applied to some schools that I was fairly certain I wouldn’t attend. I spent time interviewing and writing essays for those schools when I could have been improving my grades or essays for other colleges. I also regret waiting until Christmas break to complete my applications. I spent what was supposed to be a vacation stressed about writing supplementary essays, all of which could have been better if I had paced myself and devoted more time to each one.

I am fortunate that my parents have saved money for college, but I am also paying for some of the cost by taking out a small federal loan.

The admissions process is unpredictable and you never know where you could end up. So make sure you like all the schools you apply to. Remember that not everything is in your control. Just do your best and accept whatever happens.