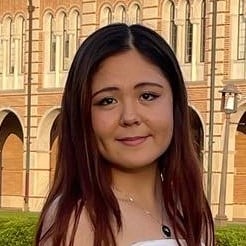 “I stayed after class to get advice from my teacher and the next thing I knew I was in tears telling her about my struggle to write my story … I did not know how to put my emotions into words and sufficiently explain my experience."

At the age of five, I would proclaim proudly that I would go to Harvard University one day. Evidently, I always had high aspirations, and this has remained a constant in my life. At first, I wanted an out-of-state college with prestige, such as Johns Hopkins. But I had to consider my family and how we all wanted to stay together.

My parents and siblings are my only blood relatives in this country – we came to the U.S. in 2009 to escape the Uyghur genocide in China, and it would be difficult for us to part even for college. I knew my parents would have moved with me wherever I went, but this would be expensive and take them away from the Uyghur community in Houston. So, I decided to apply to the top schools in my state, University of Texas at Austin and Rice University.

Impressed, then Overwhelmed by UT Austin

At first, I planned to attend UT Austin because I could retain the dual credits I had earned at a community college and save money and because several of my friends were going there. I liked how many majors the school offered and also how the college was located in Austin, with nice hills and parks that I prefer over downtown Houston.

When touring UT, however, I felt overwhelmed by how big the campus was, and the size of the student body intimidated me. I prefer smaller communities where I feel like I know the people around me and they know me. I also heard the process of changing majors at UT can be difficult, as you sometimes have to reapply and move to another college within the university.

Wowed by Trees and Studious owls AT Rice

I had intended to apply to Rice, but it wasn’t a top choice. I have never liked the hot and humid Houston weather, and the Houston traffic is abhorrent. But one rainy Friday, I felt academically drained, and I decided to take a college visit day to Rice. Even though it was pouring when I got to campus, I was held in awe by the trees. Rice’s trees are breathtaking, and I could see myself studying at many areas around campus.

On my tour, I saw “owls” in their natural habitat—studiously preparing for classes. I met wonderful professors, and my tour guide was very helpful; she transferred to Rice from the University of Pennsylvania, and she attested that she liked it better at Rice. It seemed easy to switch majors, too, something I liked because of my varied interests. By the end of my tour, I had fallen in love with Rice and knew I wanted to apply early decision.

Later, I considered all the pros of Rice: how close it was to my family, how small the class sizes were, how dedicated the school was to undergraduate education and research. I also knew that Rice had hosted awareness events for the Uyghur genocide which I had attended in the past, and this was important to me.

When I found out in December that I was accepted to Rice's class of 2026, it was super exciting! I withdrew my application to UT Austin and paid the enrollment deposit to Rice the next day.

The admission process was stressful at times, especially writing the personal essay. I intended to write about my Uyghur ethnicity and the genocide, but I could not consolidate my ideas into an essay I liked. I wrote six essay drafts and I did not like any of them. I had too much to say about my essay topic. I realized my college essay is supposed to be about me, and not a call-to-action, which my previous drafts had all ended up becoming.

I sought advice from my English teacher one day after class, and the next thing I knew I was in tears telling her my struggle to write my story of fleeing to the US pleading political asylum. She calmed me down and helped me outline what to write about.

My English teacher told me to narrow down my essay to one specific event in my life, so I chose the time I met a woman who had survived and escaped one of the internment camps in Xinjiang. After narrowing my essay down to that one event and connecting it to my life and the genocide’s impact on me, the essay-writing process became easier—although it was very stressful to write.

I am happy with the topic I chose because I could not have written about something more meaningful and more central to my identity. I think the essay turned out well, because when I showed it to my dad after submitting my Rice application, he cried.

College Resources that Helped Me

In addition to my English teacher, I worked with a free online college advising service called College Point. My advisor there met with me monthly and motivated me to stay on track with my applications. She also tried to keep my college options open by recommending other colleges that fit my preferences, such as Trinity University. She also helped me figure out the FAFSA form.

Make sure you are happy with your ACT or SAT score. I took the SAT twice. The second time I got a 1500, which was sufficient for the University of Texas, but I knew I could do better. Instead of retaking the SAT, I enjoyed my summer before senior year. This fact kept me up at night while I was waiting on my admission decision from Rice. I wondered if my SAT score would be a reason to reject me.

Start your essays at least the summer before senior year. You don't have to finish your essays that early, and you may want to change them to include your senior year experiences, or tailor them to specific colleges. Regardless, it is best to have a general idea of what you want to write about. Starting your essay early may improve your writing skills and help you get comfortable with writing a personal narrative.