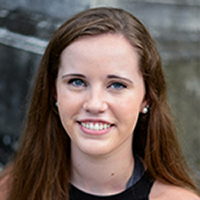 "I had convinced myself for so long that Duke was 'my' school, I felt that I couldn't change my mind -- even if it wasn't the best academic or social fit."

After four years at a high-pressure high school, I wanted a more relaxed atmosphere where I could balance my schoolwork with extracurriculars and a job, and where the students were not constantly competing and stressed. So why was I trying to get into Duke, a school where the environment felt too competitive for me?

Blue Devil on the outside; a Commodore on the inside

I had always considered Duke University “my” school. My mom, my uncle, and my cousin went to Duke and it is very much a part of our family. Everyone exited the school with great friends and connections and went on to successful careers, so the benefits of the Duke name were not lost on me. I did a month-long summer program at Duke and knew the campus well. Although the environment was a little too competitive for my liking, I could still see myself there.

Vanderbilt was also at the top of my list for its prestige, but also for its warm, friendly community. One of my best friends is a student there and when I visited her, Vanderbilt seemed like a place where I would receive ample support from classmates and faculty while still experiencing the academic rigor of a top-tier university.

Early Decision or nothing

Given the selectivity of admission at Duke, I thought even with an alumni connection, Early Decision was my only shot at getting in. But I also loved Vanderbilt, and I knew I would be equally, if not more, happy there. I decided to apply to Duke EDI and to Vanderbilt EDII.

The week that Duke’s Early Decision application was due, I didn't know whether or not I could fully commit if accepted. I kept thinking of my friend who was a student there. Whenever I talked to him, he seemed stressed about his academic course load. He went from being one of the smartest students at his high school to really struggling. Yet, I had convinced myself for so long that Duke was “my” school, I felt I couldn’t change my mind. Plus, a big part of me wanted to follow in my family’s footsteps and attend its alma mater.

Despite my second thoughts, when I was deferred at Duke, I was bummed, seeing it as a rejection. Next, I was denied at Vanderbilt, which felt worse. Then I received my first acceptance, from University of Richmond. I was so happy to be accepted to any school, let alone one I really liked! I had visited Richmond early in my search and thought the campus was absolutely beautiful. I loved its traditions and history, and its unique Leadership program. And it had the supportive community I was looking for.

I thought Richmond would be a great fit, but in my mind, it didn’t have the brand name that Duke did. Then I researched the school further and learned that students from University of Richmond were getting great jobs right out of college--just like the students at Duke. They were also getting into the same top law schools as students in the Ivy League.

It was clear that both Duke and Richmond could take me where I wanted to be in the future. I realized then that I would be much happier -- and more successful -- at a school like Richmond than I would be at school with a more competitive environment.

In the end, Duke denied me anyway, but I was hardly fazed. On my second visit to Richmond, I was reminded why I liked it so much. I felt part of a real community, and I knew immediately it was the school I would be going to.

Receiving my first straight-up denial from Vanderbilt -- a school I really loved and could see myself at -- was tough, and I started to get down on myself. Then I began to shift my thinking. I imagined deans of admissions deciding whether or not I was a good “fit” for the school rather than whether I was "good enough" or "smart enough.” It’s a slight shift, but it helped me.

My biggest up was visiting Richmond the day after I toured George Washington, which had offered me a large scholarship but was the opposite of what I wanted in terms of culture, size, and campus. Having such a good experience at Richmond immediately after one I wasn’t passionate about really sealed the deal for me. Finally knowing for myself that Richmond was the school I wanted was an amazing feeling.

Looking back, I think I would choose a different essay topic. I wrote about my first time flying on a plane by myself, and how it sparked my sense of independence. I was determined not to have a cookie-cutter essay, so I didn’t write about topics I considered clichés, like sports or service projects. But those topics might have better shown the most important parts of myself and the things I was passionate about.

My parents and grandparents have been saving for my college education for my entire life. I plan to use that money in tandem with pursuing scholarships and working part time while in school.

In the end, only you know what’s right for you. When it comes to making your college choice, take into account the advice of the adults that surround you, but don’t be afraid to listen to your gut.