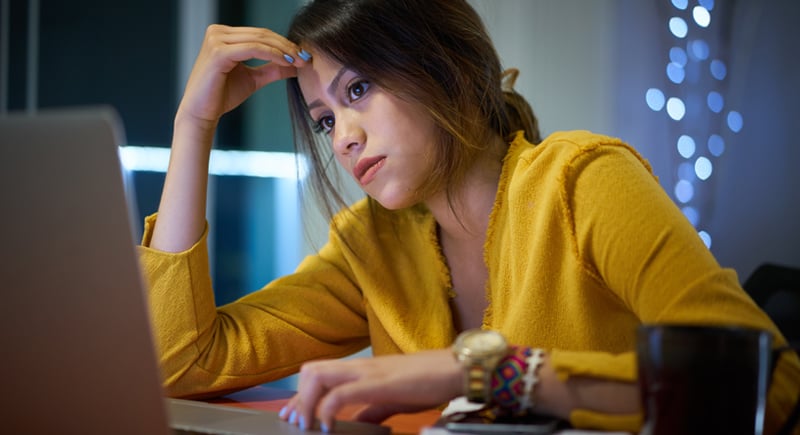 Going to college is an exciting milestone. It’s your first taste of adulthood, within the constraints of a structured environment. For many of you, it’s your first time living away from home and making day-to-day decisions without the supervision of your parents. That includes decisions about money. Depending on your circumstances and the amount of education and conversations you’ve had about money, this particular step can seem daunting.

But it doesn’t have to be. According to financial experts, you can avoid the common money traps students can fall into by deciding to take control of your finances early on. If you’re a college student, here are some common mistakes to be aware of. 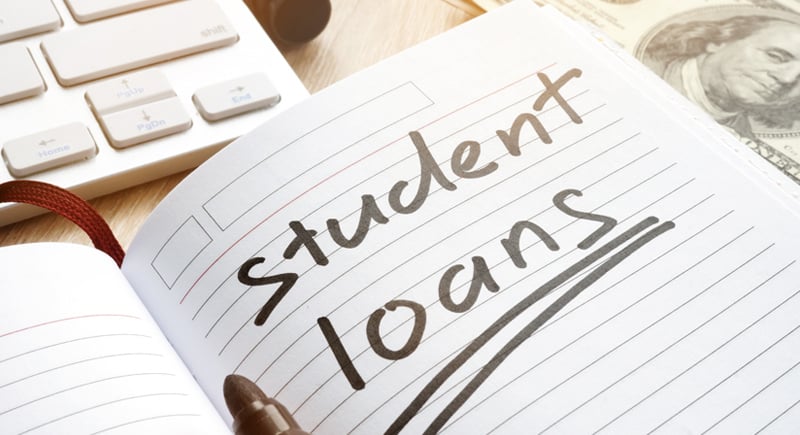 Mistake #1: Taking Out a Student Loan Without Understanding its Implications

Higher education is an expensive endeavor, and for many students, taking out a loan is necessary. Kimberly Hamilton, a certified financial education instructor and founder of Beworth Finance, paid off $45K in grad school student debt in 3 years and purchased her first home before turning 30. She says that incoming college students don’t often realize what they’re getting into when they take on student loans, or what their repayment obligations will be in the future.

This is something Hamilton personally experienced. Throughout college, the only time she ever really thought about money was when she applied for financial aid. “It wasn’t until about six months after I graduated, which was when my grace period ended for me...that I started thinking about my student loan.” Hamilton took it upon herself to learn as much as she could about money management. She started making more than the minimum payments on the loan, bringing in extra money through side jobs, selling things on Craigslist, and negotiating her salary year after year. She also started automating her finances to avoid making unnecessary decisions about her day to day spending. To pay off her debt, Hamilton employed the “avalanche” method, where she directed any extra payments towards the debt with the highest interest rate before working her way down to paying off debt with a lower interest rate.

“I think for a lot of students, post-college is when things get real. Even if you do have a job, at the same time, you might be trying to live on your own, and your student debt kicks in. A lot of things come to a head at the same time,” says Hamilton. She acknowledges that student loan repayments can be a complicated process to navigate, particularly if family members have not gone through the experience themselves. “I started Beworth Finance” says Hamilton “after realizing that a lot of the information available about paying off your student loans and creating a budget was confusing to me.”

In a 2020 report by The Pew Charitable Trusts on student loan repayments, many focus group participants found the repayment system difficult to navigate and received “inconsistent information” around student loan repayments. While students who take federal loans are required to undergo a loan counseling session, only a handful of schools mandate borrower-education courses for students who take out private loans, according to a 2016 article by Consumer Reports.

Still, students can do several things to help themselves understand how student loans will affect them in the future, says Hamilton. She recommends that prospective students think about the cost of their education in the long run and weigh that against the expected salary in their field, rather than make their college decision based solely on the “best school.” For some students, the “best school” is their top priority to prepare them for a career and for life, regardless of cost.

Hamilton also recommends taking advantage of the many free resources available on personal finance and student loans, such as through podcasts, blogs, and college planning sites, including CollegeData, where you'll find updated information on federal student loans for 2021. Also, get some ideas about repaying your student loans by using 1FBUSA’s Student Loan Repayment and Affordability Calculator. Mistake #2: Not Having a Budget

Part of what makes college special are the numerous social experiences it offers. Unfortunately, many of those experiences come with a price tag, and it can be tempting to say yes to everything without acknowledging the costs.

That’s the mistake that Rob Bertman made when he was a student, and one that he continues to see among college students today. Bertman, a senior consultant at Student Loan Planner, a consultancy that helps individuals tackle their student loan debt, didn’t take out student loans during his undergraduate years, but says that going into college, he didn’t have a budget and had the mentality of  “…spending on the fun stuff without thinking of future repercussions. I wasn’t financially irresponsible, but I wasn’t financially responsible,” he says. It wasn’t until he turned 30 and had his first child that Bertman realized the value of budgeting. “I wished I had done it much earlier,” he says.

It can be difficult for students to understand how saying yes to late-night pizzas or a last-minute road trip could potentially impact their financial future, says Bertman. For example, it could leave them with not enough money to pay other bills that week in which case they might have to use a credit card if they have one. Buying and paying for what they cannot afford to pay back in full or in a timely manner might impact their credit score. “It’s a really hard concept to visualize, unless they’re detail-oriented.”

Mistake #3: Getting into Credit Card Debt Without Having a Plan to Address It

Speaking of credit card debt, both Bertman and Hamilton say that getting into credit card debt without the ability to pay that debt back on time is a mistake they see many college students (and graduates) make. “Credit card debts play into problems that students have as they graduate,” says Hamilton. A 2019 survey of more than 30,000 students conducted by education technology company EVERFI reported that only 51% of students planned to pay off their credit card bills in full.

Even a small amount of debt can balloon into larger amounts if you don’t pay it off in full and on time, as interest continues to accrue. Not paying your debt in full or in a timely manner can impact your credit score which can cause difficulties later on when you apply to rent an apartment or for a mortgage or even a job. A 2018 report by the National Association of Professional Background Screeners shows that 31% of companies conduct credit checks on some candidates, and 16% on all candidates.

Hamilton stresses that it is possible to use credit cards responsibly, but you need to have a plan to pay off your balance. “I think it’s really easy to get into the habit of spending money carelessly. If you’re going to use credit, that’s okay, but at least have a budget in place.” It’s important to understand that when you use a credit card, you are essentially borrowing money that you’ll have to repay later. Your budget should make room for paying off that amount—ideally in full, but if that’s not possible, at least set enough money aside to make minimum payments.

Using a credit card responsibly can have a range of benefits—it allows you to start building your credit history early, as reported by CNBC Select, and many credit cards also come with perks and rewards that can save you money in the long run. 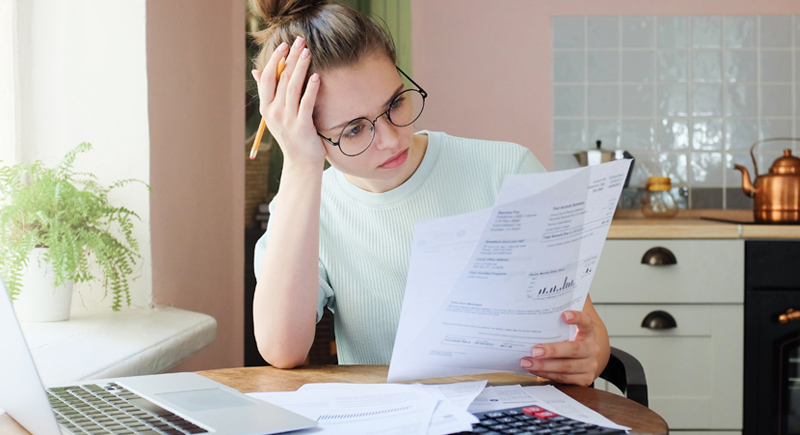 Mistake #4: Putting off Money Management until After Graduation

Both Hamilton and Bertman admitted that they only started paying serious attention to their finances—whether it be saving, budgeting, investing, and being on top of student loan repayments—when they graduated from college. And while both of them ended up building strong financial foundations (and eventually decided to teach others how to do the same), they say that college students should start managing whatever money they have as soon as possible.

For anyone who feels overwhelmed at the thought of managing money, Bertman suggests starting with one task: tracking your spending. “Having an awareness around where your money is going, that’s the starting point.”

He also urges students to think differently about money and budgets.

“Traditional budgeting methods are restrictive and rigid, kind of like diets. It’s not fun to think, oh, here’s where I’m going to cut my spending.” Instead, Bertman encourages students to think of their money as a tool that will give them the things they want. “If they start with, what do I want to spend my money on? What’s important to me? That’s a little bit more empowering.”

Anisa Purbasari Horton is a freelance writer and editor who covers higher education, money, personal development, and the workplace. In addition to writing for CollegeData, Anisa regularly writes for a range of publications including Fast Company, Business Insider, and BBC.

How to Create a Budget for College

Budgeting is a vital practice for everyone, especially students...

8 Ways to Stretch Your College Dough

If you're like many students, you may be on a tight budget...