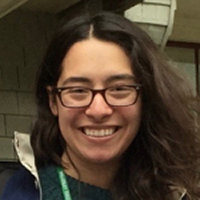 "You have to put your authentic self into the process of applying to college. My voice and enthusiasm were my strongest qualifications. So I made sure both were present in my essay."

I thought my legacy connections made me a shoo-in for Stanford. Then my counselor gave me a reality check.

A Stanford legacy and a love for Tufts

I wanted a college with rigorous academics and a great reputation; one that produces leaders in their fields. Nearly everyone from my biological mom’s family has graduated from Stanford, and my parents and I thought I was a shoo-in.

Yet, when I sat down with my counselor, he said no one is a shoo-in for Stanford. Honestly, I laughed. I thought he was underestimating me and the role of legacy in the process. He said I was a strong applicant, but he recommended that I apply Early Action to improve my chances. I brushed off his advice because I thought my application was strong enough to get in off the regular decision pool. Plus, while I loved the Stanford name, part of me worried it was too close to home. I’m an only child and I didn’t think my parents would respect my boundaries.

My other top choice was Tufts, which felt like home as soon as I stepped on campus. I loved everything about Tufts, and I did everything I could to show it. I applied for their fly-in, visited campus, and even went to an application workshop and spoke to the admissions representative one-on-one. My interviewer called me unique and seemed really excited about me. I thought I was in for sure.

In February, I heard from Wellesley that I was likely to be accepted. I was so happy! The admissions officer sent me a hand-written note saying my essay was one of the most unique she’d ever read! My essay opened with: “I am a sex addict - according to my bookshelf.” It was arguably too provocative, but it was a risk I was willing to take to highlight my interest in human sexuality. Although Wellesley was a women’s college (and I’m totally boy crazy), it was firmly in my top three.

But after that high point, I was denied by Tufts, all my Ivy schools, and waitlisted at Vassar. The Tufts denial was the most difficult. After putting in all that effort to show my love for them, I felt cheated.

I heard from Stanford last, which seemed cruel. My counselor’s words were in my head as I checked my phone: “No one is a shoo-in for Stanford…” So I was somewhat prepared for the denial. And I was okay. Now I knew for sure I was going to Wellesley.

My moms, however, took the news harder than I did. They were shocked. When my mom started to cry, I worried she was disappointed in me. She assured me she wasn’t. She was just sad that I was going to be attending college so far from home. The worst part was that for weeks afterward, I’d catch my parents in hushed conversations. They kept asking me if I was alright and saying Stanford wasn’t such a great school. Of course Stanford was a great school! That’s why I applied!

After I sent in my Wellesley deposit, I started thinking about the all-women aspect of the school. The lack of men really, really scared me. My parents were also concerned about the cost. Then I got an email from Vassar. I was accepted off the waitlist!

Although I’d never been to Vassar, I almost accepted its offer. It seemed similar to Wellesley, except co-ed. But when I thought about it, Wellesley had more pros than cons for my particular major and career. Also, as my best friend reminded me, there’s more to life than boys.

I had applied early action to Yale, and when the decision arrived, I gathered my five best friends in the library and we sat at a round table holding hands. I was too scared to check the result, so I asked a teenager on one of the computers to read the decision. Denied. My friends were supportive, but I felt embarrassed that I dragged them all out and that I had spent so much effort on the application.

My best moment was at my honors program graduation. The students had to say where they were going to college, and when I said Wellesley the whole room gasped. I felt so much pride, especially when juniors came up to me afterwards to ask how I got in.

You have to put your authentic self into the process of applying to college. My voice and enthusiasm were my strongest qualifications. So I made sure both were present in my essay, By being authentic, I found a college that is excited about what I can uniquely add to its community.

I received no grants, so I will pay for college partially with family loans and private scholarships (I’ve received $1,600 in scholarships so far), and by working part-time during the year. My parents will cover the rest.

My counselor was right--no one is a shoo-in for highly selective colleges. But although you might not get into your first or second choices, schools that show their enthusiasm for your application -- and real interest in you -- can be a better fit.