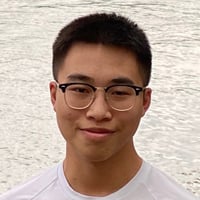 "Since I was mostly navigating the college admissions process on my own, I learned to trust my intuition to lead me to universities that were the right fit."

As a first-generation college student, I felt pressure to be accepted into a renowned institution. Financial limitations hindered me from visiting campuses, and many college representatives did not come to my region, so I mostly did online research and I made sure to use the virtual tour functionality.

During my research, I chose schools with an intensive focus on the humanities. I was also looking for an urban location and a breadth of student organizations, particularly those pertaining to spoken word, journalism, writing, and government. I also looked into Greek life, the depth and breadth of the English department, and the accommodations of the dorm rooms. I ruled out smaller schools because I personally like the hustle of a larger university and the immense number of opportunities they provide.

Through exploring colleges online, I learned about the existence of early decision and early action admission plans on top of the traditional regular decision. I also found out about QuestBridge, a nonprofit organization that connects high-performing, low-income students with colleges. QuestBridge students apply to colleges in a separate early decision round. Students who are accepted by a college during this round are considered “matched” and receive almost a full ride scholarship. The QuestBridge application is basically the same thing as the Common App with a few additional questions, but the application is due much earlier: at the end of September.

Through Questbridge, I applied to Stanford, Yale, UPenn, Vanderbilt, Columbia, and Princeton, but I did not match. I was definitely disappointed, but I knew that this wasn’t really the end of the world, since the match process is extremely selective, and I could reapply to these colleges through the Common App.

Next, my guidance counselor recommended that I apply early decision to Columbia University. Columbia was clearly my first choice. I thought the school was absolutely spectacular. I loved its urban location in the heart of the Big Apple and its Greco-Roman architecture.

But, it wasn’t meant to be. I was deferred to Regular Decision.

A Fast Rebound and ED II

Admittedly, the deferral from Columbia University really let me down. It essentially felt like a rejection. However, I did not waste time grieving and licking my wounds. I quickly applied to Early Decision 2nd Round at Vanderbilt University, my next top choice. I liked its humanities oriented AXLE curriculum and that I would have the freedom to attend classes between all four undergraduate colleges). The campus is chilled and laid-back and situated beautifully in the heart of downtown Nashville.

Anxiety at the Airport

The day finally came: my Vanderbilt ED decision was due. I've watched so many YouTube videos with students opening their college decision letters in the presence of friends and family. But I did not have the guts to do such a thing, especially when I had been deferred by Columbia and rejected from the colleges I applied to through Questbridge.

However, I may be one of the rare few who opened their decision letter before an airplane takeoff. I was at the airport with nine other members of my school's speech and debate team to head for a tournament at Harvard University. Before the plane started moving to the runway, my cell phone beeped with a status update from Vanderbilt. I thought to myself, "What horrible timing!” If I didn’t check my phone immediately, I would have to sit with my anxiety and anticipation for three hours! With the little cellular data I had, and as the plane continued to taxi, my phone slowly, but surely, loaded my portal. To my relief, the website finally came into view. To my elation, I was accepted!

I am blessed that Vanderbilt has a very generous financial aid program. My tuition, room & board, dining, and various other miscellaneous expenses are fully paid for except for a $2,000 work study award. My financial aid should remain consistent throughout all four years of undergraduate studies. Additional outside scholarships will also help me with any costs I may incur in the future.